Resist-dyeing is an ancient process, but it flourished in Indonesia as batik (wax resist) where it became a much admired art form, highly prized by royalty.

Colonisation by the Dutch in 1800 led to the industrialisation of the hand-crafted process in an attempt to sell manufactured batik back to Indonesia. Selling ‘local’ fabrics to colonised markets was big business in Europe from the 18th century. Creating cloth for export could sustain huge companies in Britain or the Netherlands in the wake of the Industrial Revolution.

In the renamed ‘Dutch East Indies,’ industrially-produced batik was seen as inferior to local products, leaving the Dutch in need of a new export market. There is some debate over how West Africa became this new market. It’s possible that Dutch ships loaded with batiks bound for Indonesia stopped at ports along the North West coast of Africa, leading to increased demand. Another theory is that soldiers from Africa stationed in Indonesia took batik cloth home with them which sparked interest. Whether through trade or war, the market for batik-style prints grew enormously, partly because indigenous resist-dye methods had been used as decorative techniques throughout West Africa for centuries.

These textiles go under a number of names: Dutch wax print, Veritable Java print and ankara to name a few. Until the mid-20th century the majority of these prints were produced in Europe and sold to markets in Africa. European companies would take inspiration from indigenous prints and patterns in the market they were selling to. With the independence of many African countries in the 1960s, local manufacturing grew, whilst now these textiles are often manufactured in China.

Through pieces from the Gawthorpe Textile Collection in this corridor we can see the movement of the batik process from Indonesia to West Africa, via factories around Lancashire and Manchester.

These panels from Indonesia or Borneo show the fourteen stages of this batik method. This intricate process uses wax to resist the dye in certain areas to create the pattern. The characteristic ‘cracking’ of batik fabrics comes from the wax process. c.1900-1950 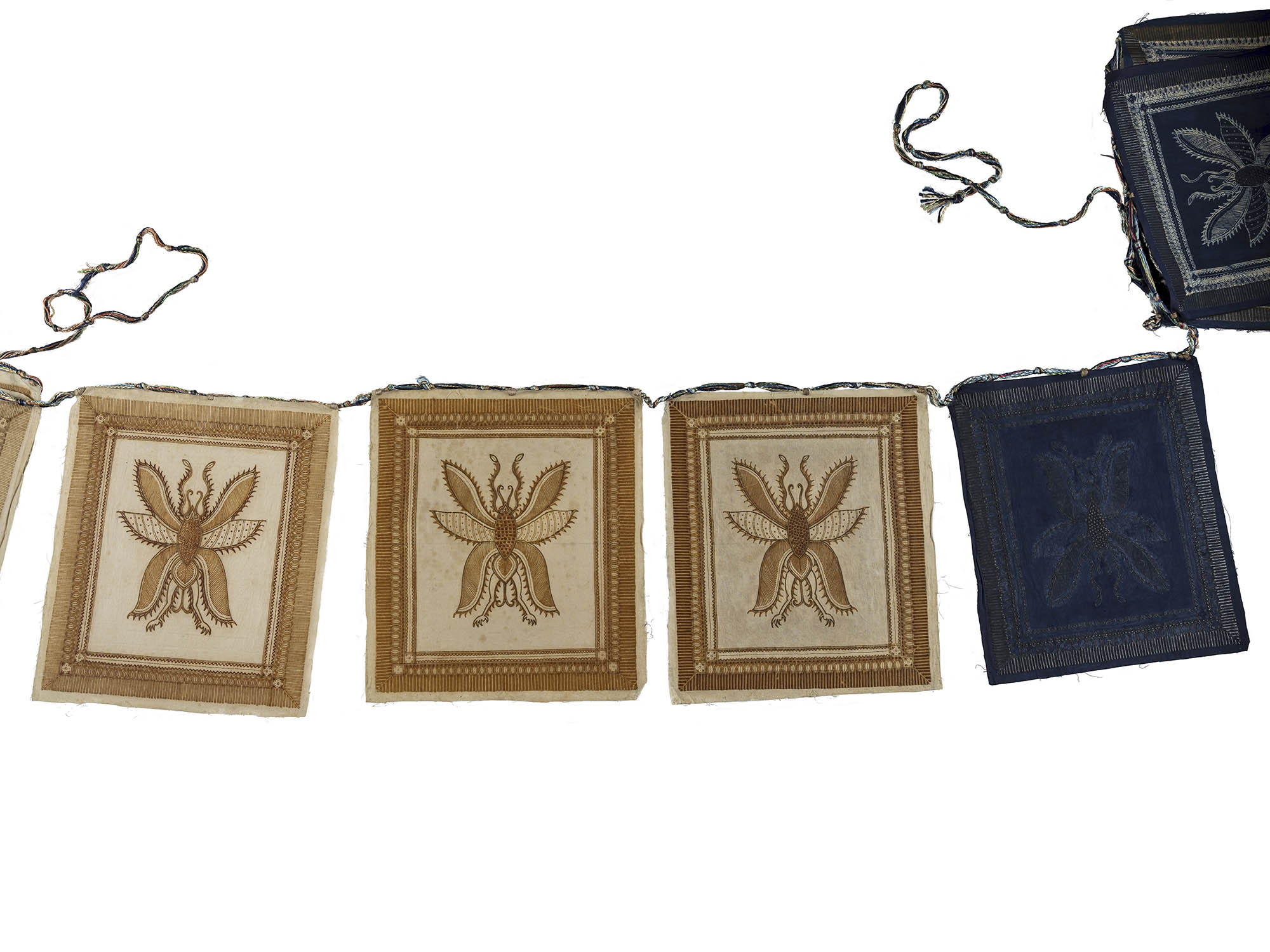 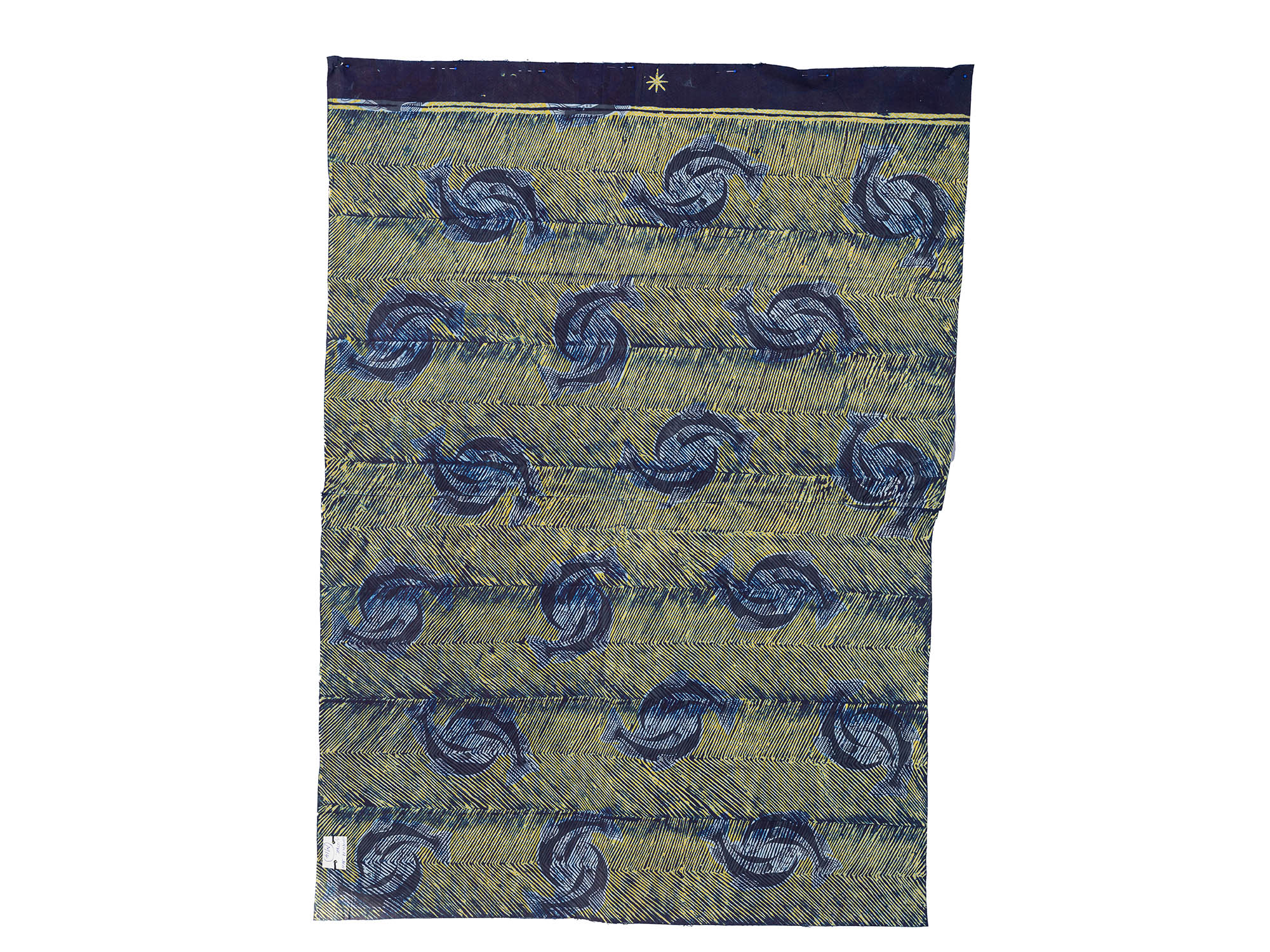 European companies would take inspiration from indigenous prints and patterns in the markets they were selling to. This adire cloth was produced in Ibadan, Nigeria, and uses cassava starch as a resist to create the pattern using indigo dye. It was donated to the Gawthorpe collection by GB Ollivant Ltd, a company set up by Captain George Bent Ollivant in Manchester in 1858, to sell cotton goods in Africa. It’s likely the company collected samples of adire to inspire their own designs to sell to West Africa. 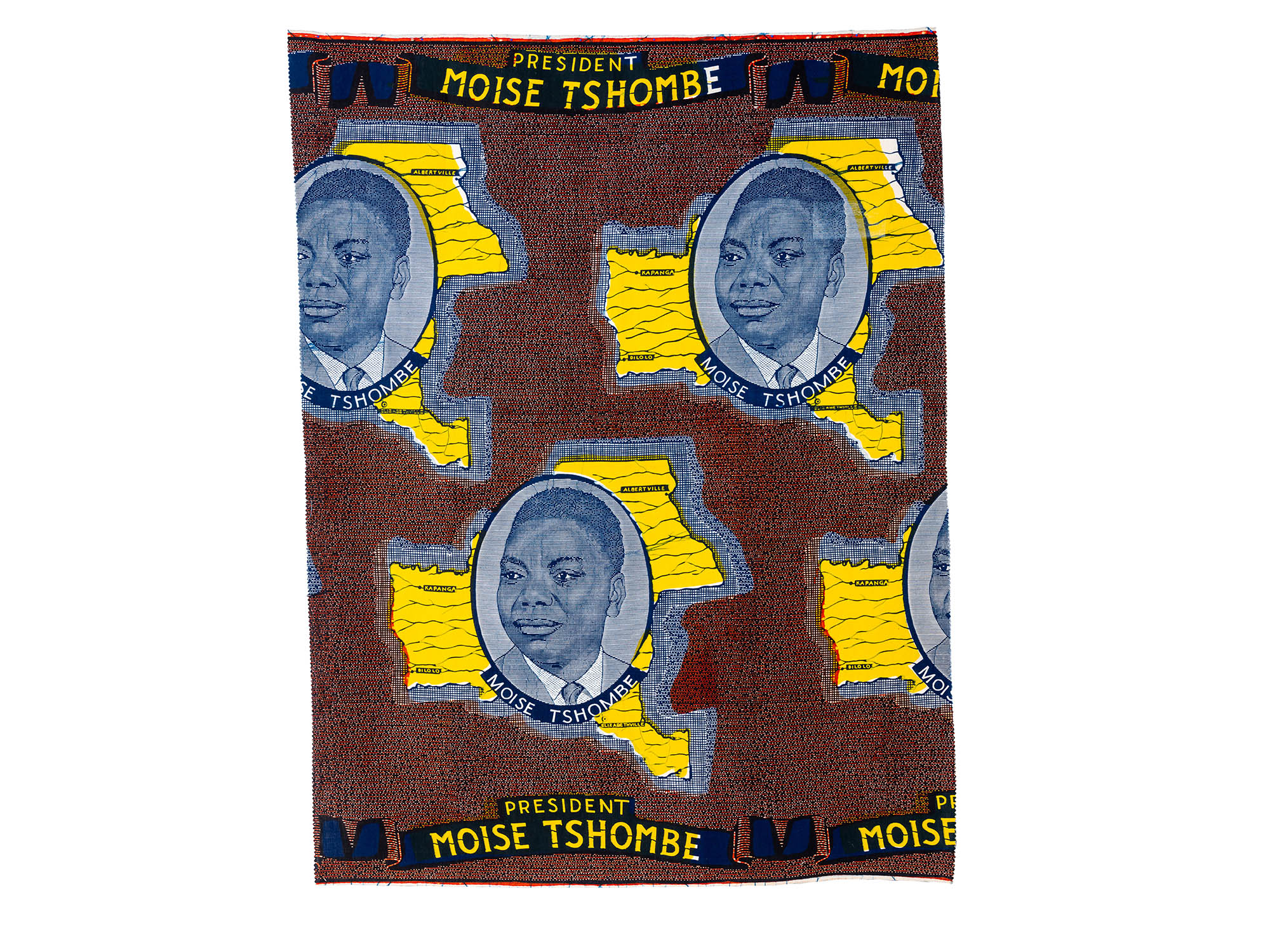 This cloth, for export to African markets, shows how British companies were incorporating local stories, politics and symbolism into their designs by the time of independence for many African nations. Moïse Tshombe, depicted here, was a Congolese businessman and politician and president of the Republic of Katanga, in the early 1960s who became Prime Minister of the Democratic Republic of the Congo. 1964-65

Colonial legacies are evident in this cloth for export to Zaire to commemorate Queen Elizabeth’s silver jubilee in 1977. 1977 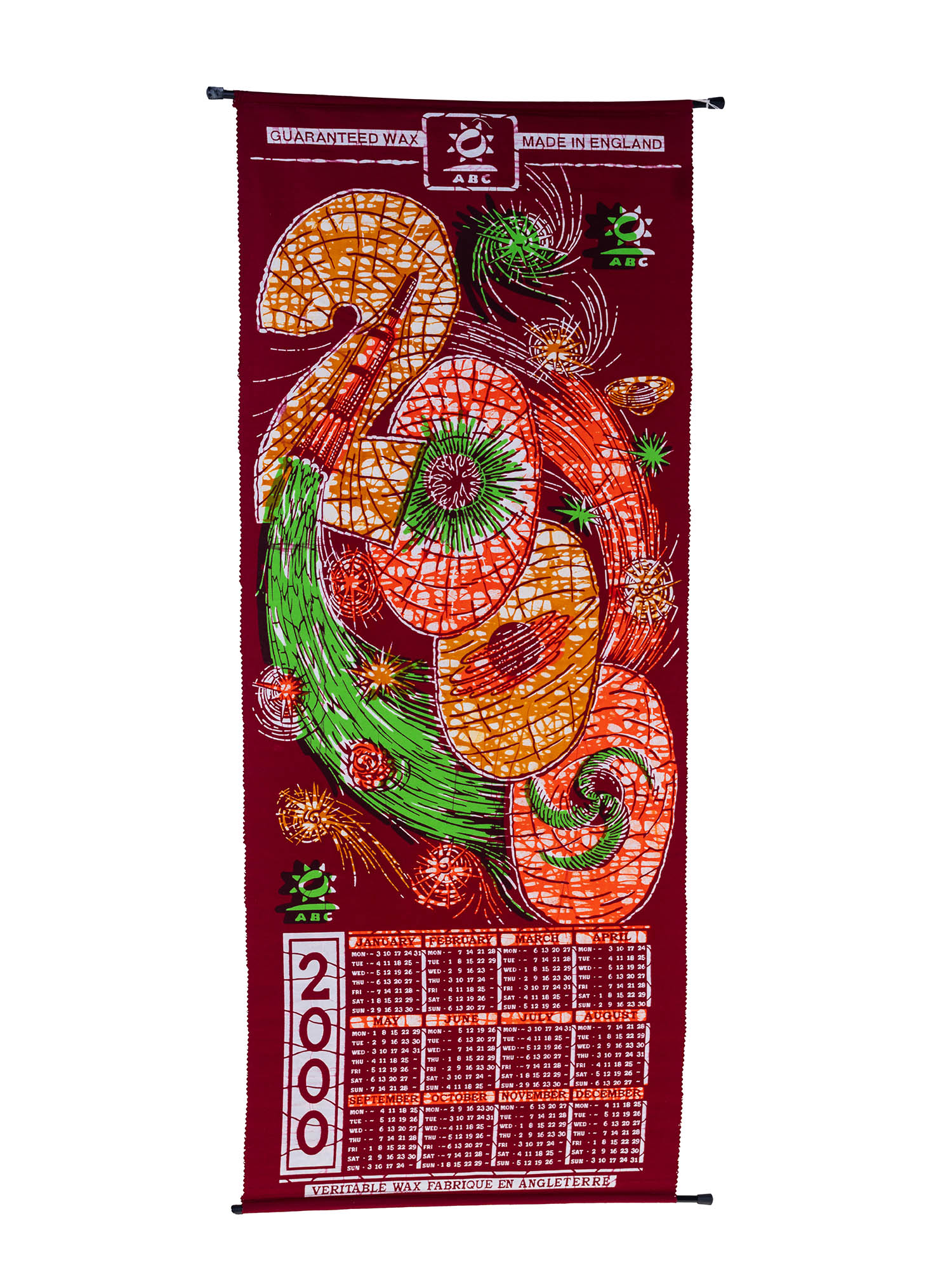 A millennium 'guaranteed wax' calendar for the year 2000, from the ABC Wax company, which has links to Greater Manchester to this day. The company began with a printworks which opened in Hyde in the early 19th century. In 1908 they began to produce the exact kind of fabric we see here - imitation batik fabrics, intended for export to Africa. In the early 1990s, ABC Wax was bought by a company based in Hong Kong and in 2007 production was transferred to Akosombo Textiles Ltd in Ghana. The name ABC comes from a Swiss company which was set up in the 19th century to manufacture and trade madras cloth from India to the West African coast. This company had been bought by the Calico Printer’s Association in 1959. This somewhat confusing and convoluted company history illustrates the threads of commerce and colonialism that were spun around the globe from European traders and factories. 2000