The palette of fashionable dress was revolutionised in 1856 when the chemist William Perkin created a synthetic dye by accident, when he was attempting to synthesise quinine to treat malaria. The colour was a brilliant purple he called mauveine, which became the first commercial synthetic dye. Within 50 years there were 2000 chemical dyes available.

Artificial dyes were resisted by many in the Arts & Crafts movement, especially William Morris who encouraged a return to vegetable dyes which produced antique-looking shades that were used in Pre-Raphaelite medieval-inspired artistic dress, as worn by Morris’s wife Janey and Dante Gabriel Rossetti’s wife Elizabeth Siddall.

“Of these dyes it must be enough to say that their discovery, while conferring the greatest honour on the abstract science of chemistry, and while doing great service to capitalists in their hunt after profits, has terribly injured the art of dyeing, and for the general public has nearly destroyed it as an art.”

Informal dress in wool delaine fabric. The loose fit suggests this could be a 'wrapper' or dressing gown that would have been worn as an informal garment at home. The fabric is created with the latest technology, initially using a resist to block out the pattern before the ombre shading was added using specially designed rollers that picked up a gradient of two or more dyes simultaneously. The Prussian blue and brown combination was a popular pairing at the time. c.1850-50 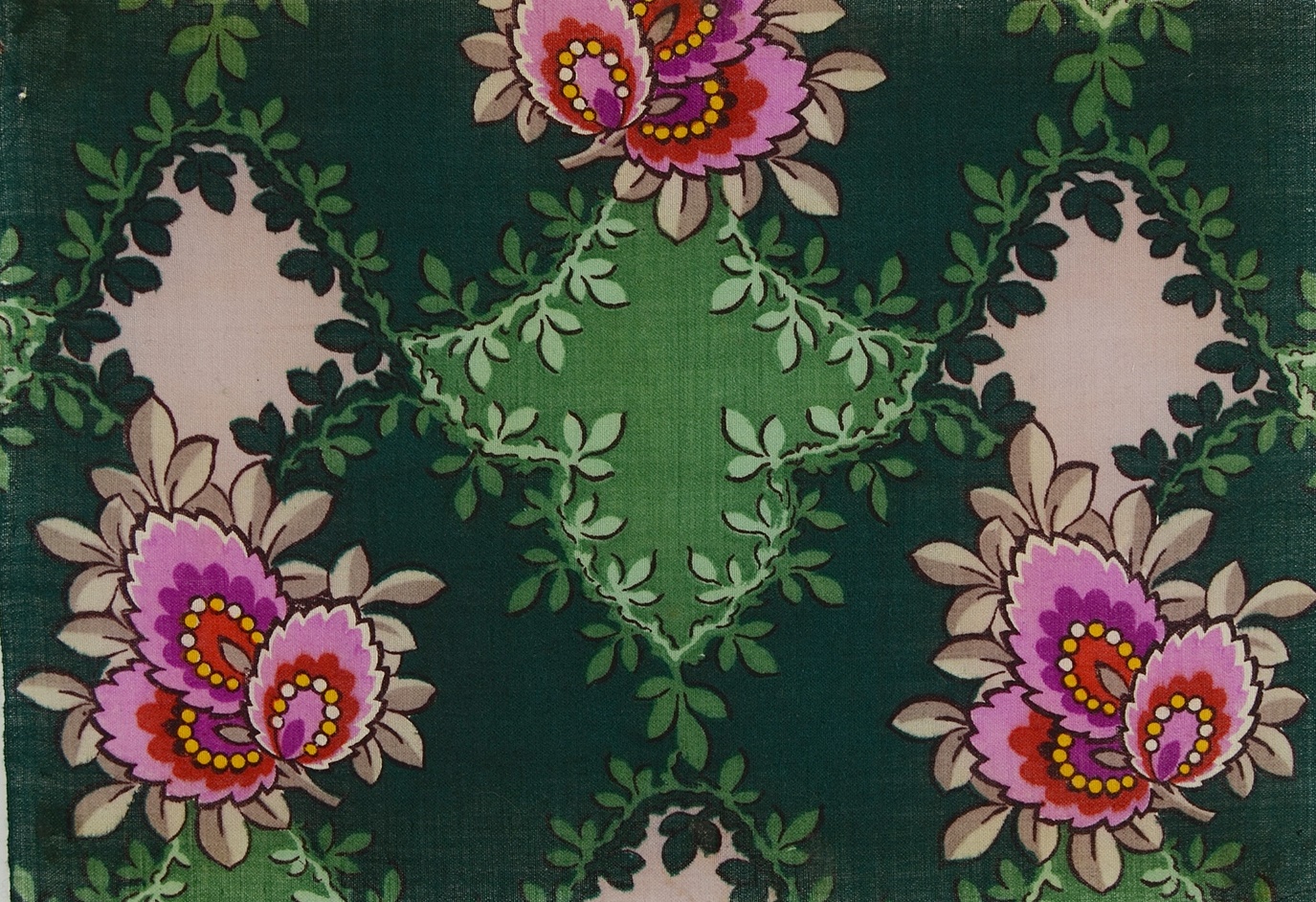 These exuberant swatches are part of a set of over 90 fine wool samples attributed to the Robert Hindle & Co Print Works in Sabden, and many of them are believed to be hand block printed. They show how well the new synthesised aniline dyes took to wool. The colours are incredibly vibrant, and the patterns seem designed to show this off. The development of the steel cage crinoline (also in the 1850s) and the wide skirts that followed meant that patterns could become bigger and bolder. Sabden developed an extensive printing industry from the late 18th century. Robert Hindle & Co, Sabden Calico Print Works c.1870 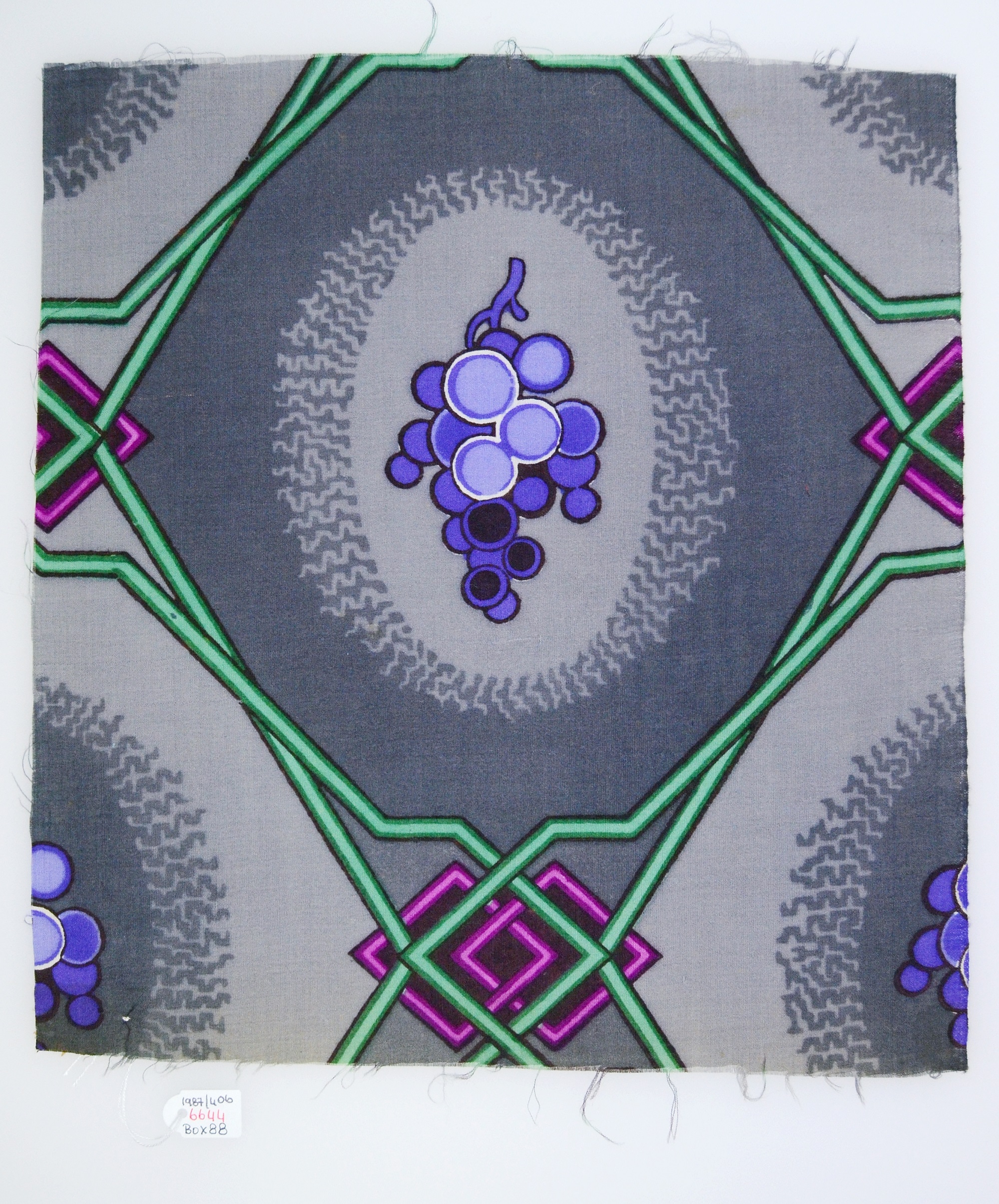