The smock frock began as rural workwear for men, but evolved into a fashionable garment for women. The transition from function to fashion is played out in two thick linen smocks in the Gawthorpe collection. One, made for a farmer and hop planter in the early 19th century has smocking at the sleeves and neckline, to draw the fabric in to help it fit. Marks and signs of wear show that it was clearly used a lot.

A later smock, dating to the turn of the 20th century, shows fewer signs of use, and has beautifully elaborate smocking all down the front and across the exaggerated collar and pocket tops. Listed as a forester’s smock, it’s a lot more decorative than its hop-planting antecedent, so could be an example of Sunday Best or worn as a fashionably bohemian garment, encapsulating a romantic pastoral ideal.

Smock made for Richard Storold of Aldershot, Surrey, a farmer and hop planter, 1814

The influence of ‘folk’ or ‘peasant’ styles in fashionable dress is evident in this linen dress, whose straight, loose style is complimented by a gathered waistband and drawn thread embroidery on the bodice, skirt, hem and cuffs. c.1920-30 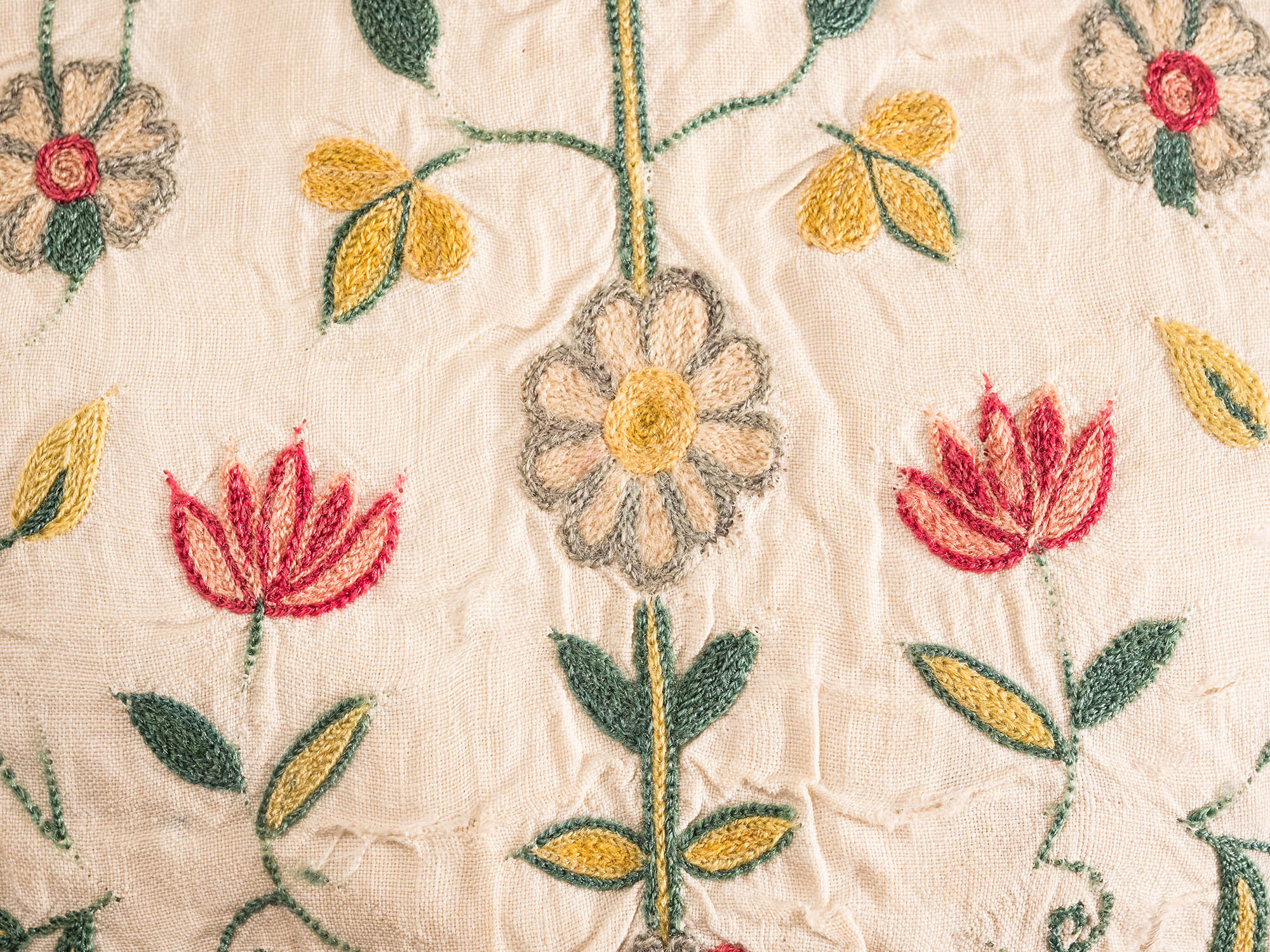 In the past, detachable pockets were a common aspect of women’s clothing, and this is a fantastic example. This pair of pockets is made of linen and decorated with crewelwork embroidery, even though they wouldn’t have been seen, as they were worn tied around the waist and underneath the overskirt. The late 18th century saw a romanticised idea of pastoral life become fashionable among elite women, which is evident in the stylised flowers. c.1750-90 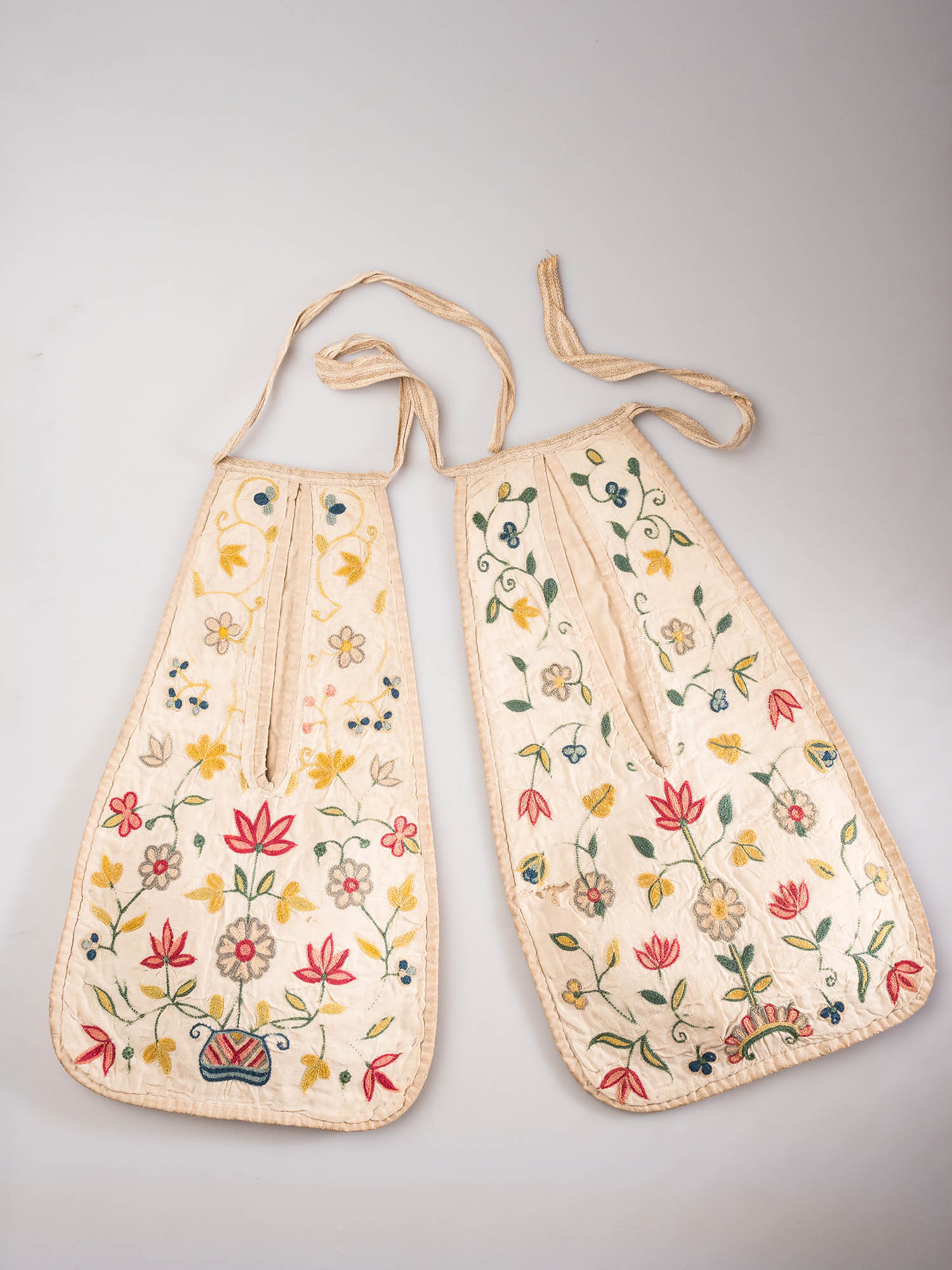 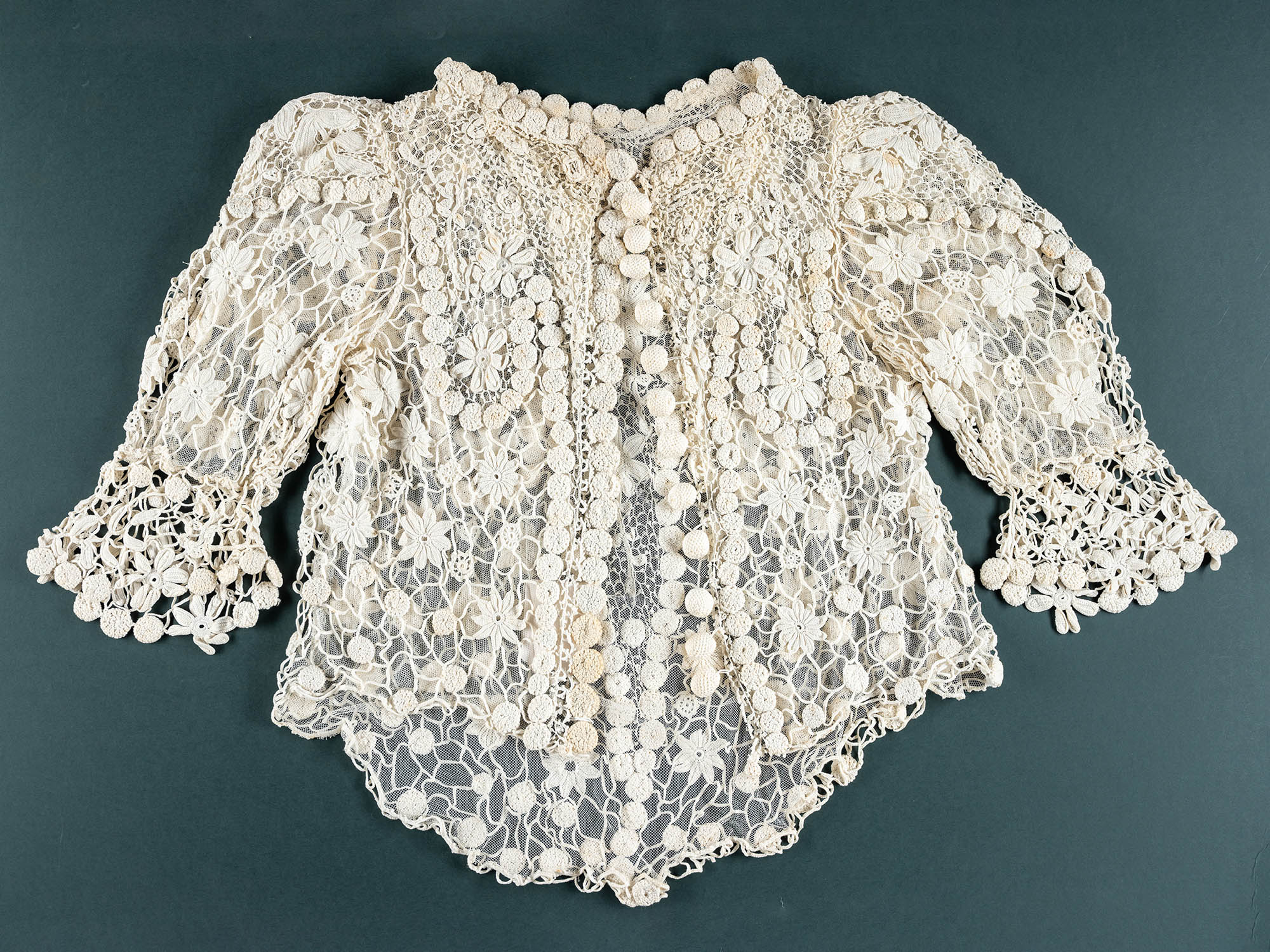 Linen is a fabric that has become synonymous with Ireland, and Belfast was known as ‘Linenopolis’ in the 19th century (for more on this, listen to the Cloth Cultures podcast). This linen crochet jacket, made in Ireland, is an exquisite example. c.1900-33