Tartan is a story that takes us around the globe from Culloden to the Caribbean. In 1746, following the Battle of Culloden between England and Scotland, an act of parliament outlawed the wearing of tartan, kilts and ‘highland garb’ with high penalties. This was repealed in 1782, and during these years the Highland regiments of the British army - clad in Black Watch tartan uniforms - helped to keep traditions alive.

Tartan’s fortunes were reversed when George IV visited Scotland in 1822. The resulting pageant was an extravaganza of Highland visual culture, and the ensuing vogue for tartan - which was even donned by the king - saw manufacturers such as William Wilson and Son of Bannockburn develop a number of certified ‘clan tartans’ in its wake.

Through trade, migration and the Atlantic slave trade, tartan has travelled around the world, becoming identified with different areas and ethnicities from Scotland to Paris, Kenya, South Africa and the Caribbean. The Scottish Register of Tartans today verifies and registers new tartan designs from all over the world. For more on tartan’s global journeys, listen to the Cloth Cultures podcast.

This jacket by French designer Christian Lacroix shows tartan on the Paris catwalk. The design has modernised traditional tartan, using embellishments like sequins and rhinestones to emphasise the pattern. Checks and plaid had a high fashion profile throughout the 1990s, from the music of grunge to the costumes for the film Clueless. The history of this fabric tells stories of colonisation and oppression, and of freedom and rebellion. Christian Lacroix, with embroidery by Lesage of Paris. Autumn/winter 1991-92 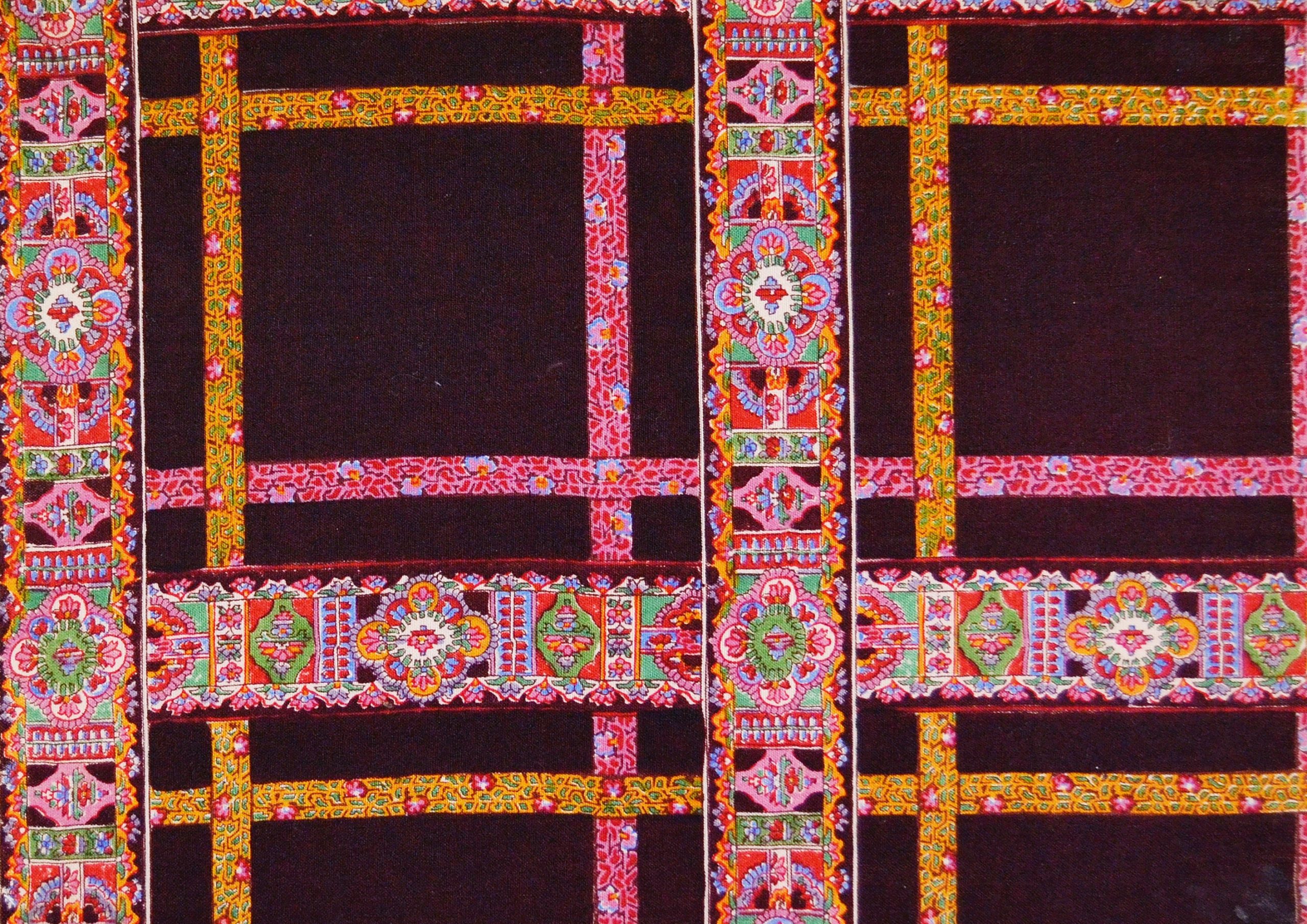 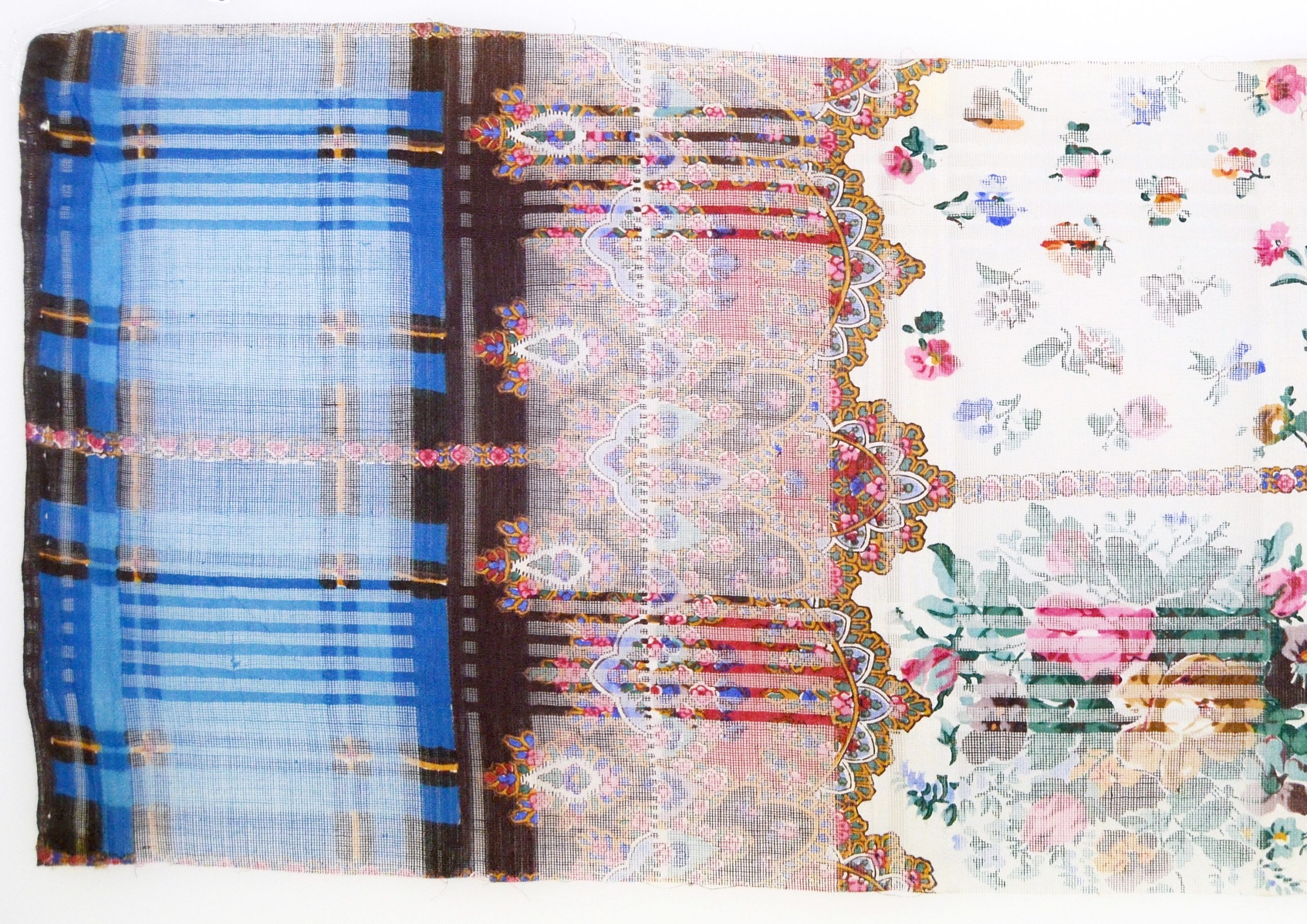 Tartan had another moment of royal endorsement when Queen Victoria leased Balmoral in 1848, and decorated it with red Royal Stewart, green Hunting Stewart and white Dress Stewart tartans. In these samples of wool voile, we can see that tartan was fashionably popular even as a printed pattern, rather than woven into the cloth. Robert Hindle & Co, Sabden Calico Print Works c.1880 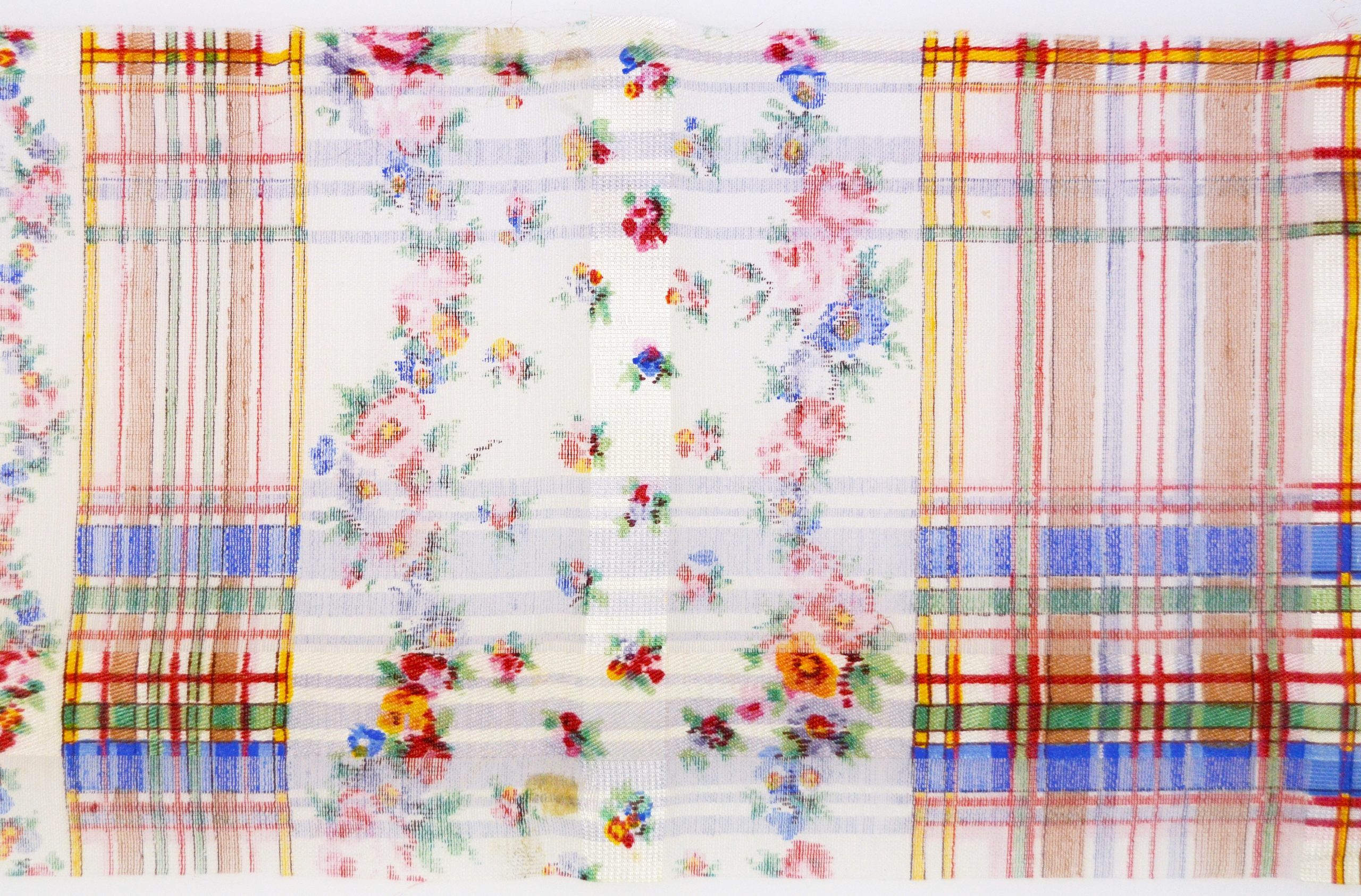