Exquisitely fine woven Kashmir wool shawls from India became status symbols in Europe in the 18th century, and were considered the height of fashion up until the 1870s. As highly desirable commodities, factory-owners in Europe were quick to capitalise on their appeal, and employed new industrial methods to maximise profits. Towns such as Norwich, Edinburgh and Paisley became known for their mechanised shawl-making.

In Britain, ‘paisley’ has now become synonymous with the teardrop shape motif known as the boteh or buta in India, which likely evolved from an earlier Persian rendering of a pinecone.

The imitation shawls, as opposed to the exclusive and expensive Indian-made originals, became a marker of class in Britain: “...the shawls of Paisley … [were] for the comfort and the decent ornament of the humblest in the land” wrote the magazine publisher Charles Knight in 1851.

Intricately patterned shawl of fine Kashmir wool made in India, likely in the late 18th century. The shawl is an amli shawl - a technique where small woven pieces are hand sewn together and then further embellished with embroidery to create an incredibly rich, textured design. This is a very labour intensive and highly skilled process, and shawls in this particular technique were mainly produced for local nobles and royal families in India where they were frequently used as bed or wall hangings. c. 1770-1830 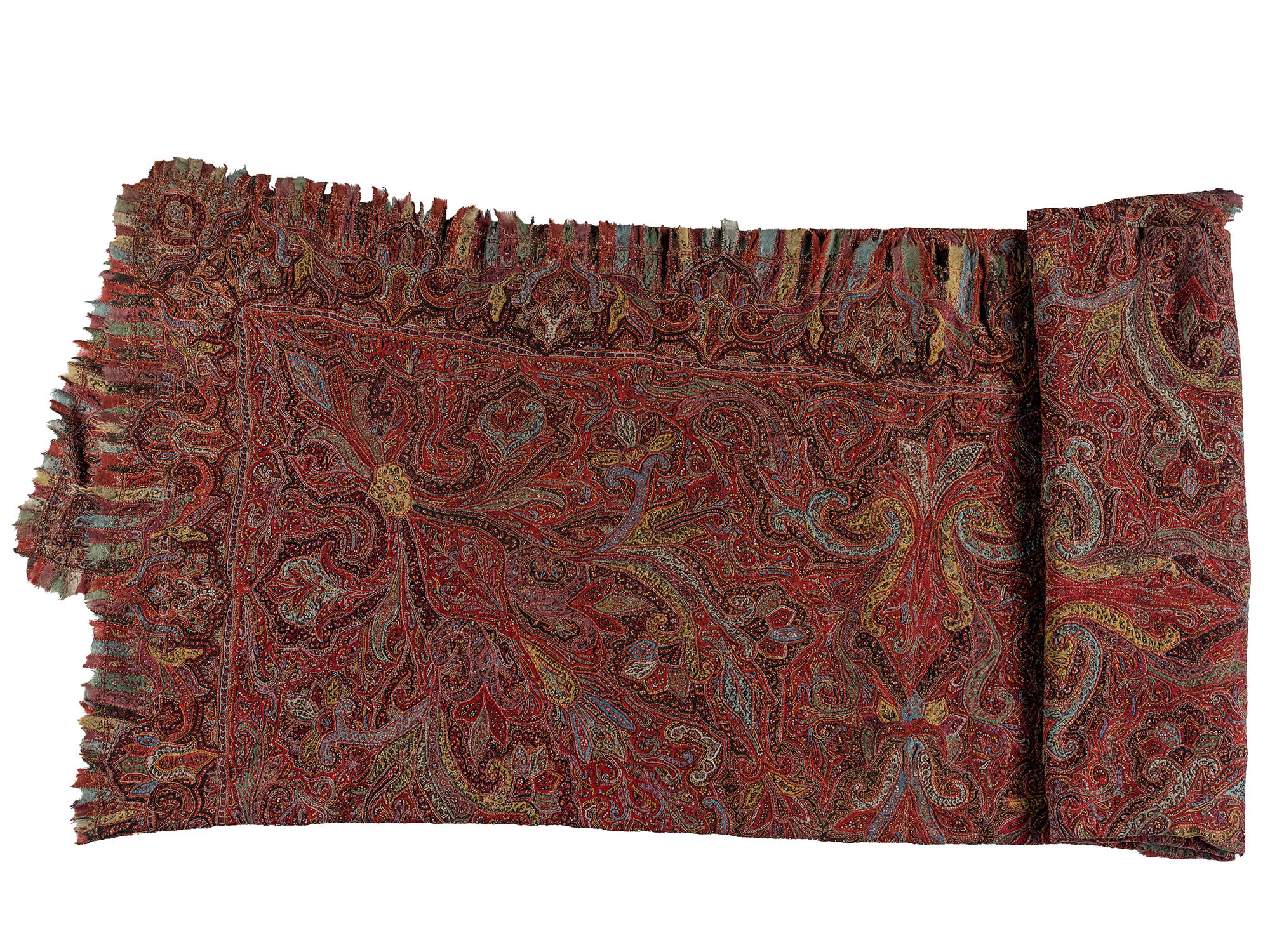 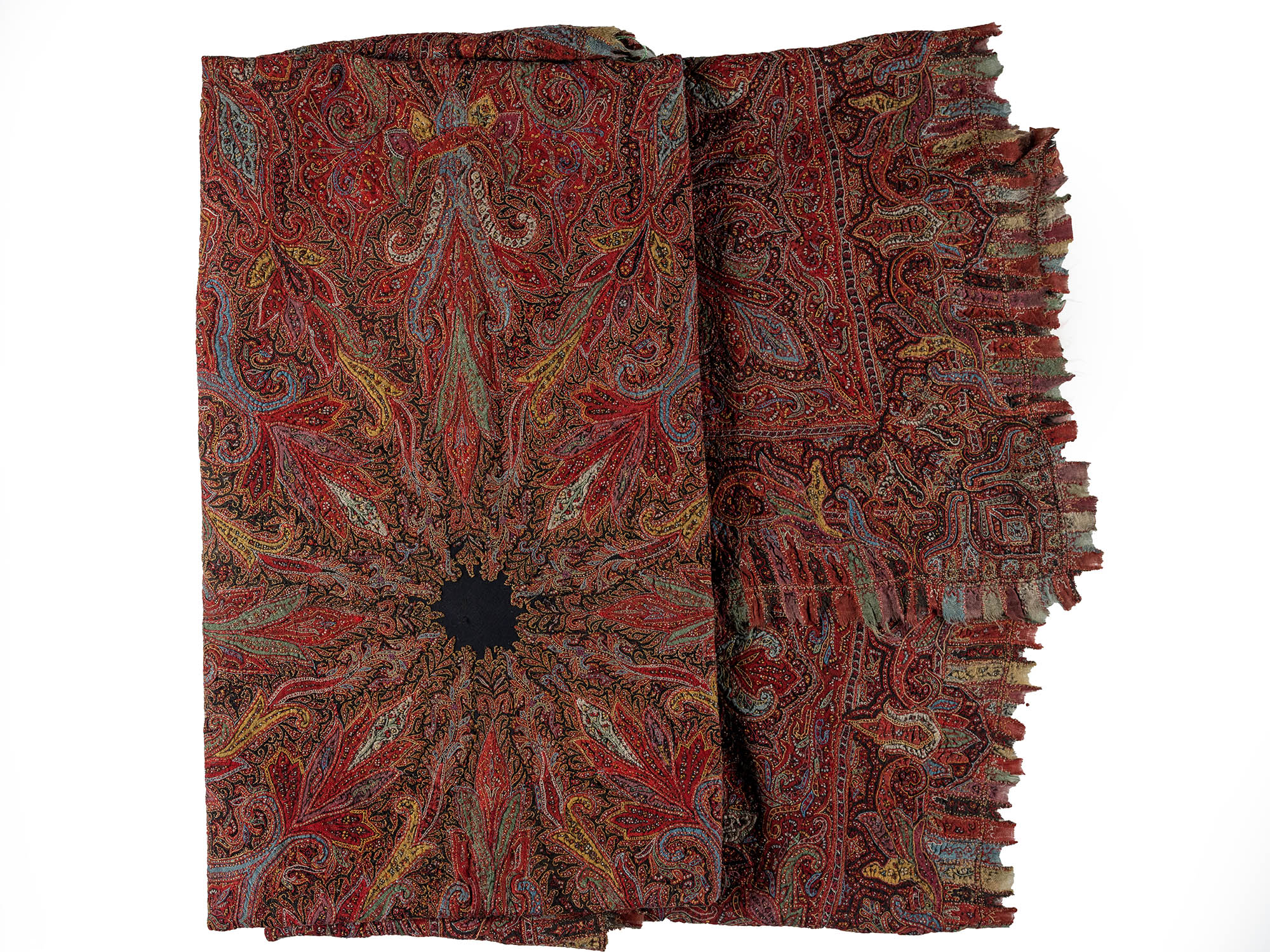 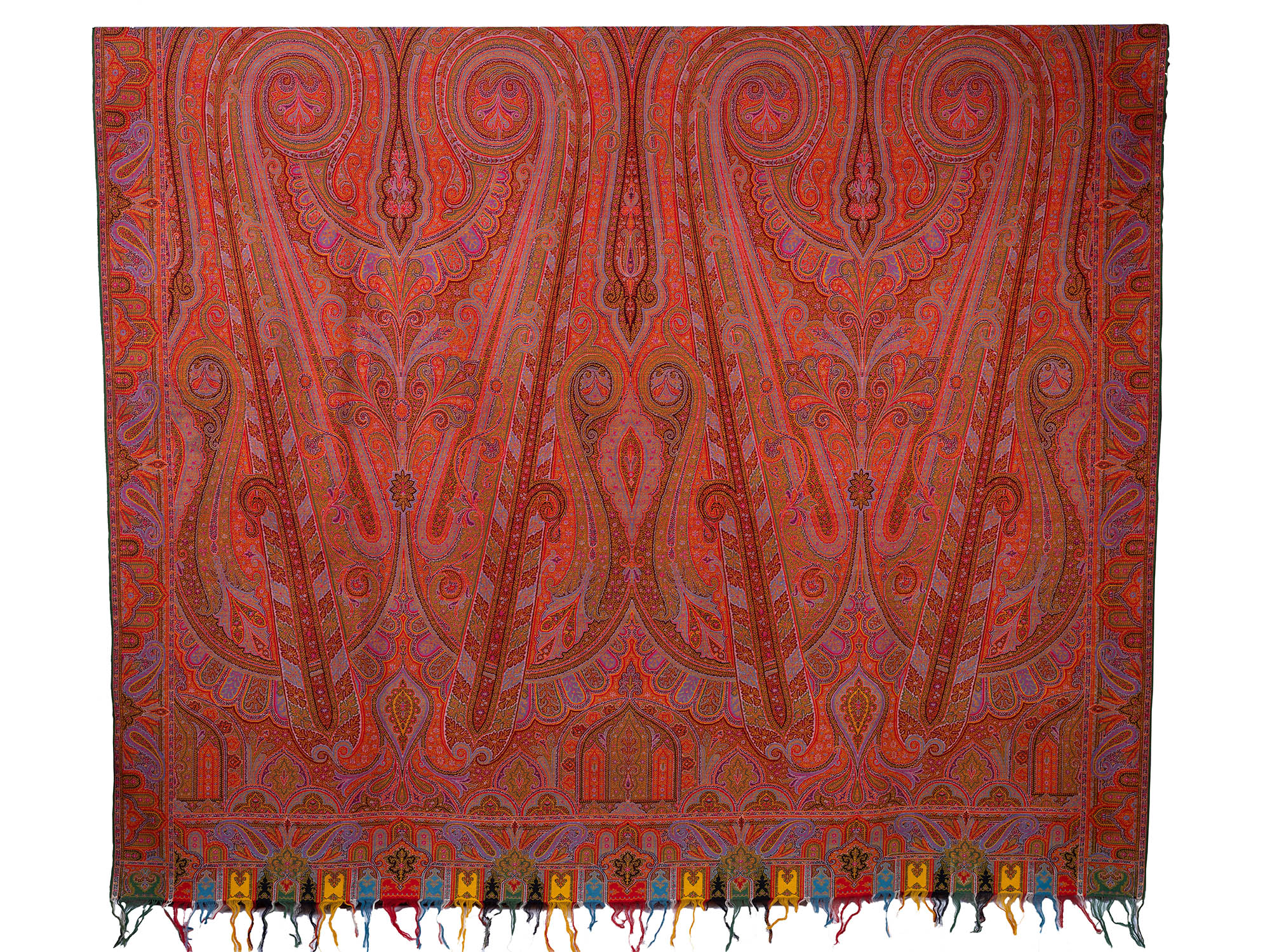 Beautifully woven shawl made in India (probably Kashmir), using a variety of sumptuous colours and using, among other patterns, the boteh motif which is now called paisley in Britain due to the Scottish town that manufactured imitation Kashmir shawls. This shawl is large enough to fit over the wide silhouette of the cage crinoline of the mid 19th century. 19th century 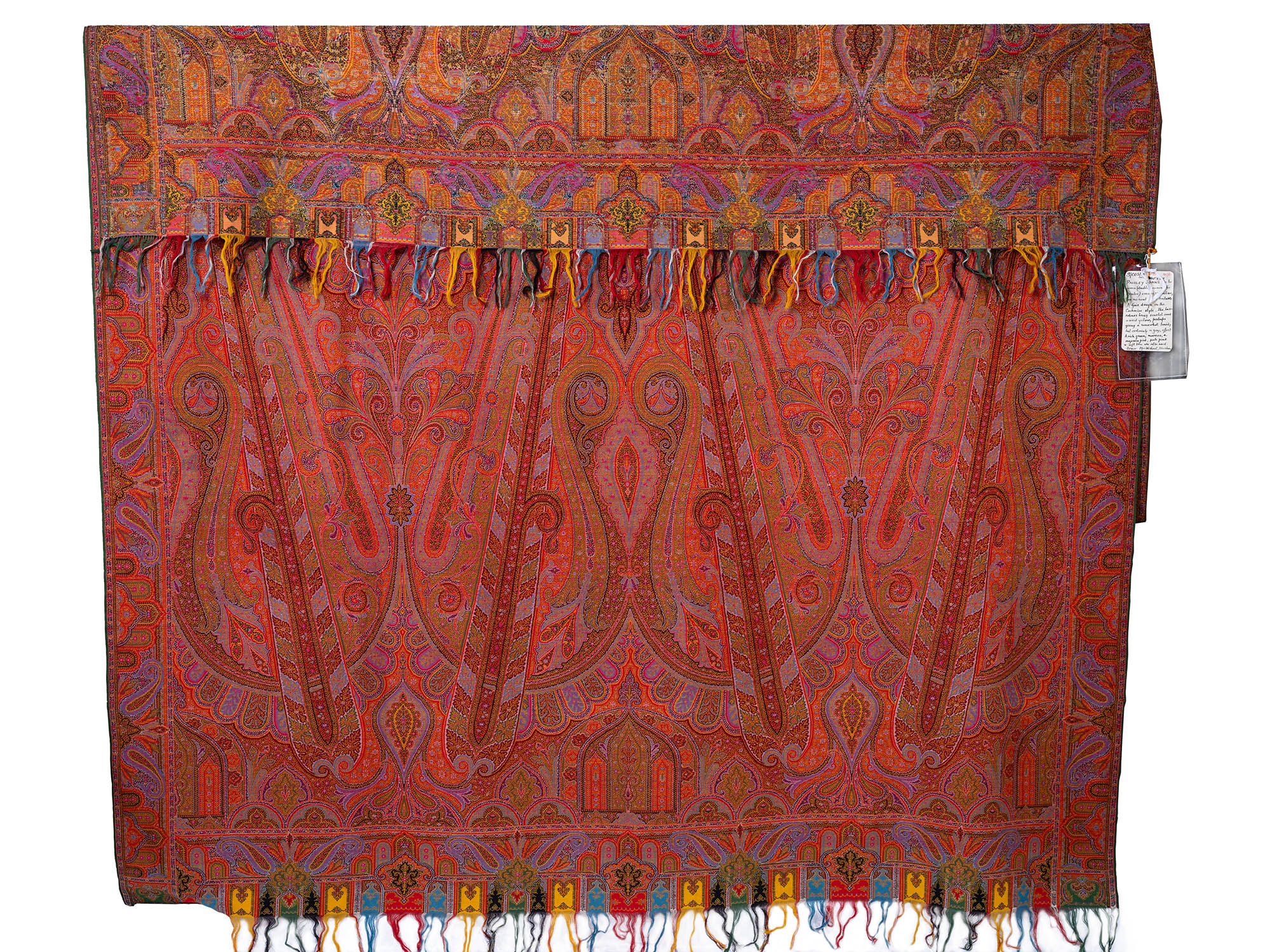