Thomas Wardle was an influential silk dyer with a particular interest in Indian wild silks and natural dyes that influenced his experimentation with dyeing processes and materials: he worked with tussah silk produced from wild silk moths instead of the cultivated bombyx mori, domestic silk moth. Along with his wife Elizabeth, a talented embroiderer, he founded the Leek Embroidery Society in Staffordshire in 1879-80.

Wardle worked alongside several key members of the Arts & Crafts movement, including William Morris, and he developed a range of ‘Art Colours’ for Liberty, using natural dyes in opposition to the bright aniline dyes that were in fashion.

Oscar Wilde was a key proponent of Aesthetic Dress. At a lecture in 1884 he spoke of Thomas Wardle in Leek, saying, “in no town in England was a greater work being done in the cause of decorative art”. 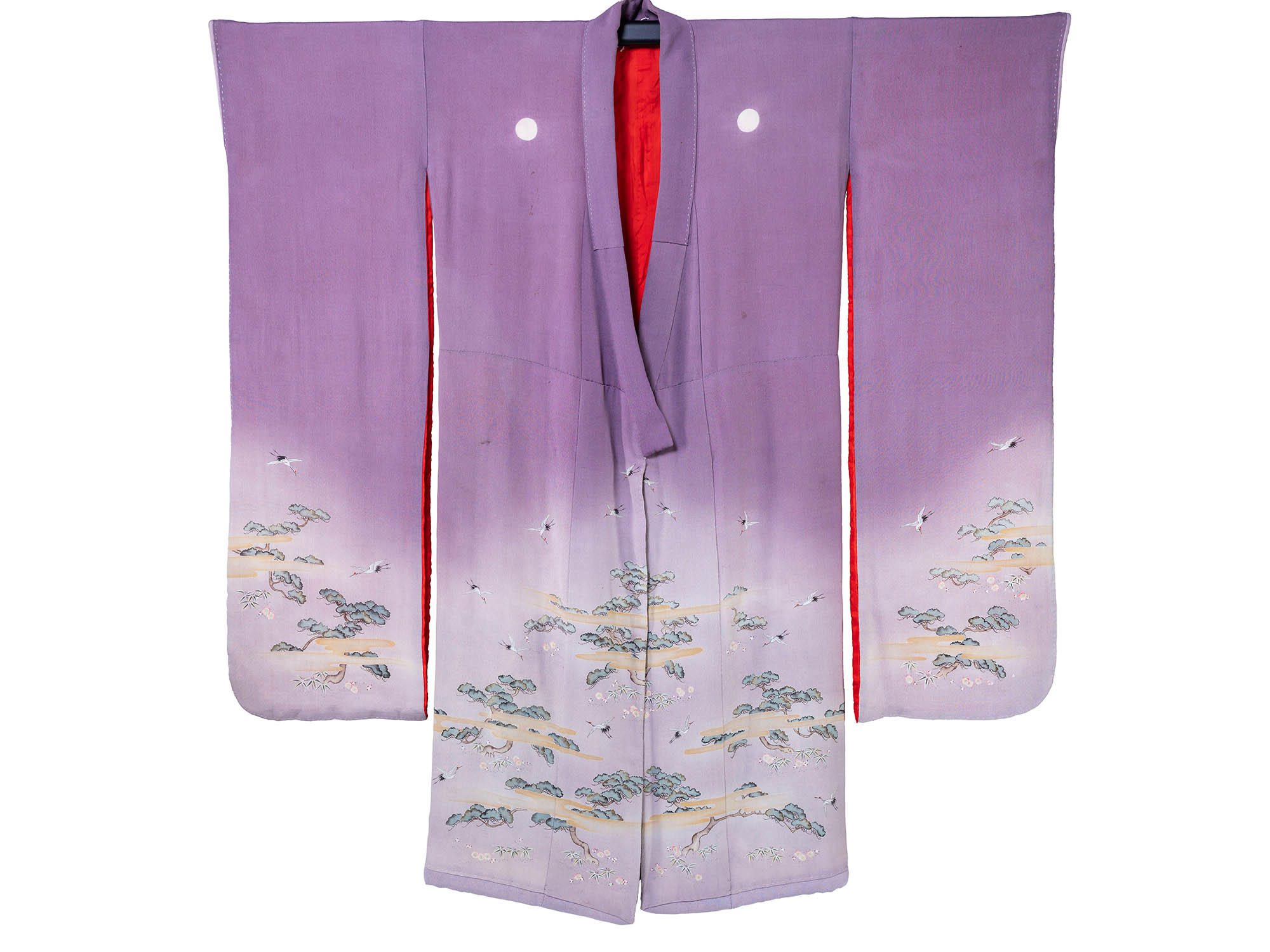 Japanese hiki-furisode-style robe, with padded hem and long sleeves. The robe has space for crests, and is painted with scenes of auspicious cranes, along with pine trees, plum blossom and bamboo which together are known as the ‘three friends of winter’. There are some sections of embroidery over the images. Late Edo period, possibly made for a samurai wife, and potentially for a wedding as cranes are symbols of fidelity and longevity as they mate for life. c1860s 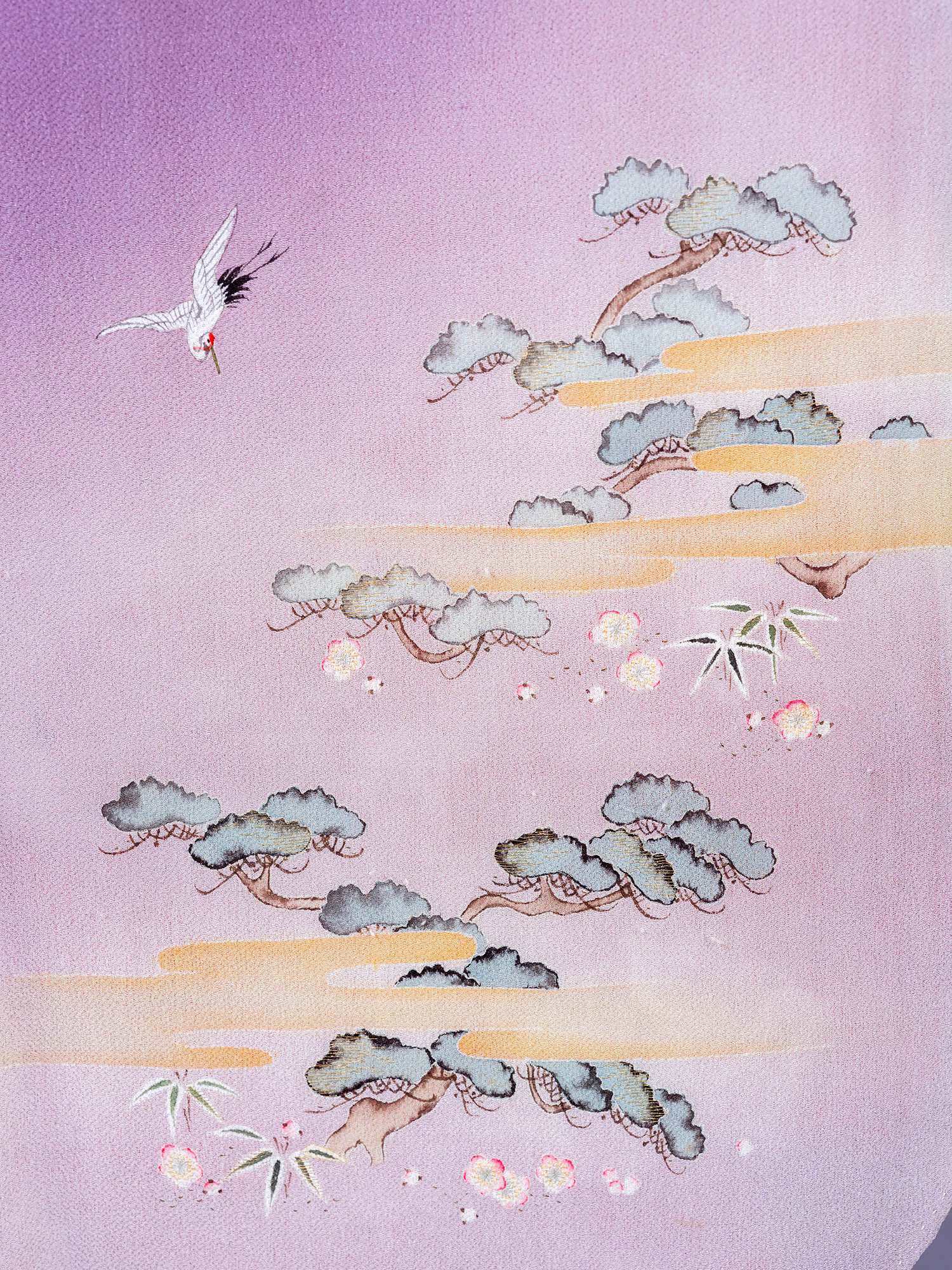 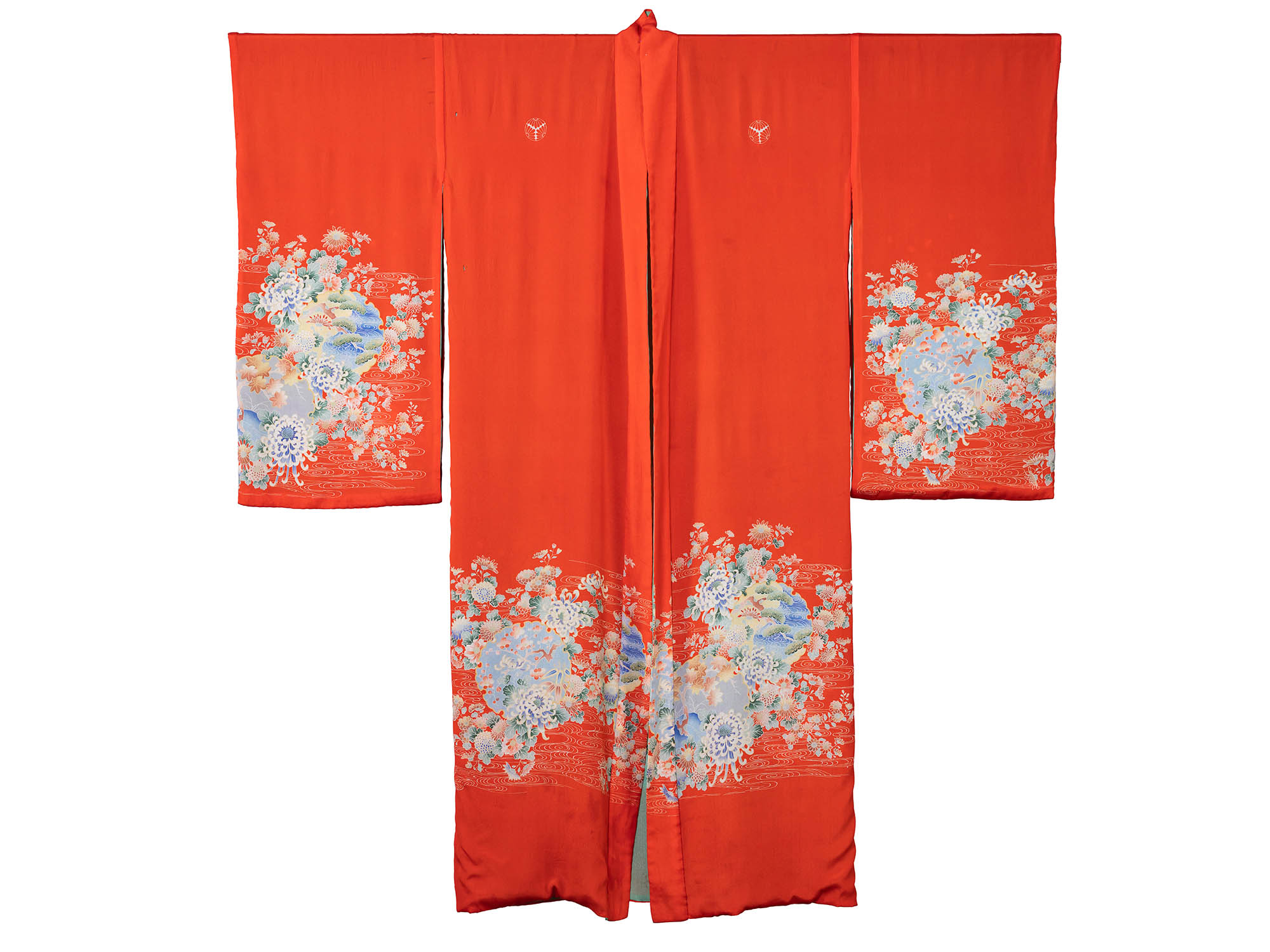 Reversible Japanese robe printed with pine trees, clouds, chrysanthemums, bamboo, maple leaves and swirling pools of water. The green crepe side is screen printed with chrysanthemums and peonies, and has an accompanying belt printed with a pattern of peonies. The lightweight crepe de chine silk, reversible pattern and thin belt (rather than a traditional obi) imply this was made for export or for the tourist market. c.1900-1950 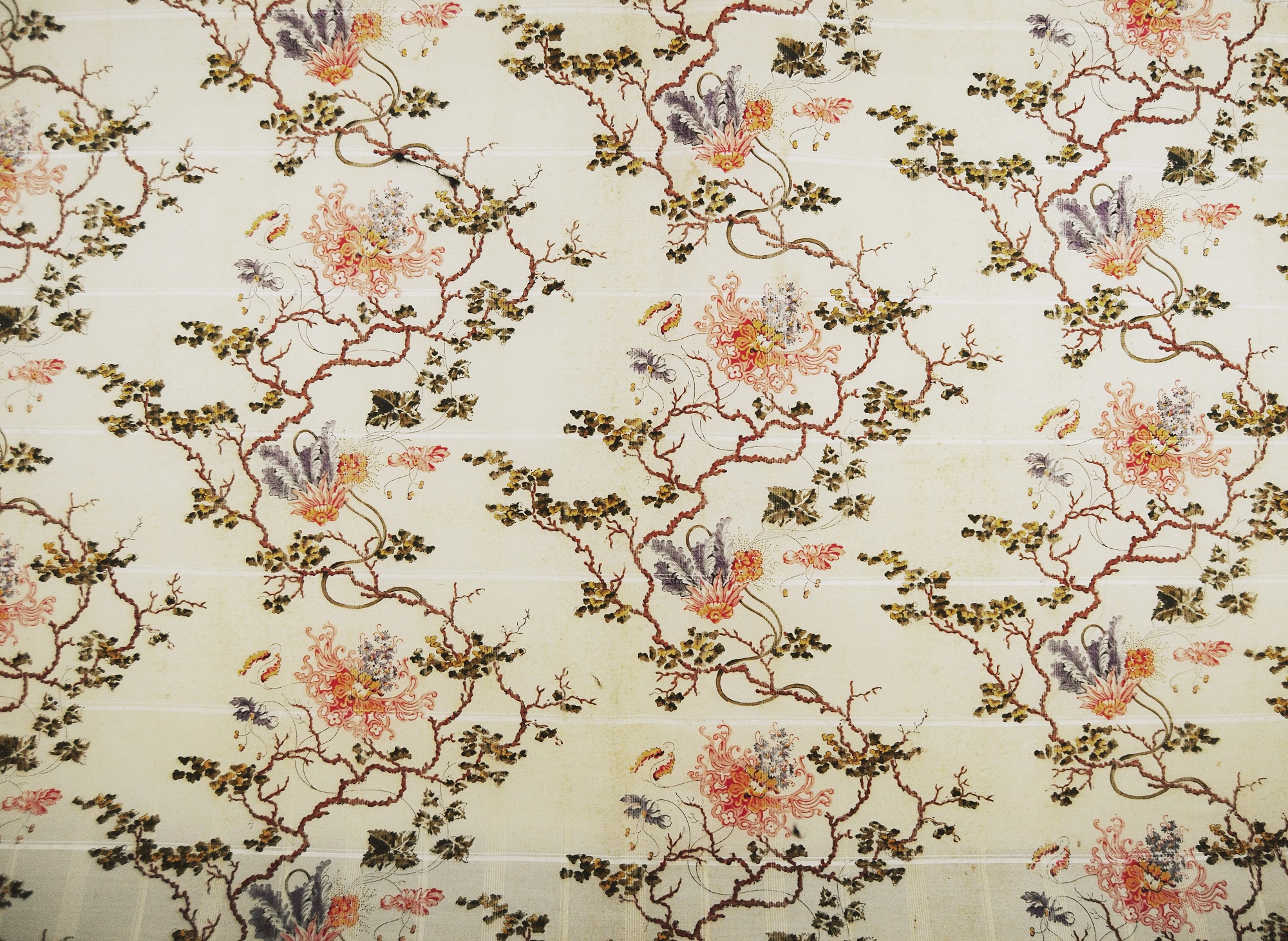 This European dress fabric in wool with silk check is clearly influenced by East Asian motifs in its pattern, which includes stylised chrysanthemums and branches reminiscent of Japanese pine trees. c.1840-50